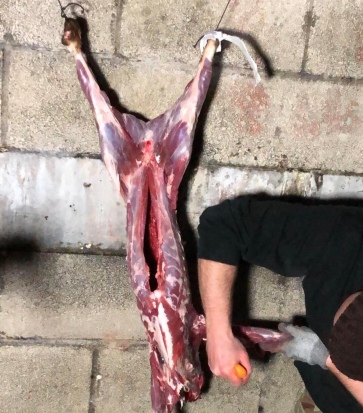 Agriculture is one of the leading causes of climate change at the moment, worse in the USA. But here in the UK it is still a major issue.

The increase in rearing of cattle has led to a huge surge in the amount of methane in the atmosphere. Coupled with the deforestation to provide pastures for the cows only adds to this issue, removing trees which are tirelessly converting the carbon dioxide into oxygen for us. As if this wasn’t enough nitrogen sucking corn is planted in the hectares, to produce the food required for them. Granted a lot of cows in the UK are now grass fed, a small mercy, but for this they need larger pastures, which means less woodland.

What is the most common bird in the world?

Domesticated Chicken, estimated at 50 Billion world wide. So one could be forgiven for thinking “Well why not? There are literally billions of them so tuck in!” but part of the reason for the high numbers is battery farming.

This is politely described by the RSPB as

“Battery cages consist mostly of wire mesh. They provide limited facilities for hens to perch, nest and scratch. Of particular concern in cages is that:

In reality battery farms cram as many chickens into small coops as possible, intensively fed for 6 weeks and then slaughtered. (https://www.theguardian.com/environment/2016/apr/24/real-cost-of-roast-chicken-animal-welfare-farms)  Although this slaughter is done in a quick and humane way the way these chickens live is not humane.

After all the title is ‘Eat more meat’ so what meat should we be eating? The best I say!

Game meats are the answer and I have good reasons for all types of readers.

Whether you’re a gym bunny who wants to pack on some size, or have a permanent ‘festive’ figure game is for you. Pound for pound most game meats contain more protein and less fat that even the highest welfare chicken and mass farmed beef.

Some figures for you to mull over:

And if this wasn’t enough, because of the variety of diet game meats consume more of the fats found within them are the ‘good fats’ we all need.

Head to the supermarket and get some free range beef. That’ll add a few quid to the price tag easy. I’m not saying that you shouldn’t be buying this beef, if you are going to buy beef, then please buy that stuff.

Game by it’s nature is free range however. Venison in the UK is stalked, shot and gralloched (intestines and organs removed) in the wild. In my view this is a fairer and more holistic approach to the acquisition of our meat, but I accept I may be alone with this view. The same with all game birds. There are shooting seasons in the UK, when many estates will hold organised shoots where people head out into the birds environment to  show off their marksmanship skills. These birds are shot in their natural territory, cooled and sold to the end user. If someone wanted to shoot and eat me (aside from the mess left for my wife) I would prefer them to do this in my own house, so I apply the same respect to the birds.

3. Why can we eat game rare and not chicken?

Because game is wild and free, the chance for diseases to spread from one animal to another is greatly reduced. This gives us a much higher quality meat which can be eaten rare. Aside from some Japanese restaurants, which I will address shortly, UK farmed chicken should not be consumed rare. The way in which we farm them means they are much more likely to harbour sickness inducing pathogens such as salmonella and escherichai coli, or E-Coli as it’s more commonly known. Japanese sashimi is, hopefully, prepared with the freshest, healthiest and most free chickens that can be found which is why you may not get ill. Personally, not for me.

To address the obvious first, I could compare the cheaper chicken and beef but its crap, so lets not bother.

Hugh Fearnley-Whittingstall conducted a fascinating study into the protein and fat content of cheap chicken compared the more expensive stuff and the differences are astounding. With the cheaper chicken containing almost no protein at all.

Its also now widely known that cheaper meats are simply pumped with water. So in the interest of parity lets compare the free range stuff; the better quality beef and chicken to the venison and game:

In the interest of parity a whole chicken is a bit cheaper, with Waitrose free range corn fed chickens coming in at £6.59 a kilo.

We can see that the game poultry is roughly 30% more expensive than its counterpart. I believe it is worth this for the benefits detailed in points 1-3. Venison steaks are almost 30% cheaper however.

A point to mention of these points, is game dealers are (generally) independently owned shops or farms. If I am to spend a bit more I would prefer to support them with my business.

As mentioned earlier this was never a ‘eat a plant based diet’ or ‘turn vegetarian to stop climate change’ post. I love meat, its delicious. I love the earth, it gives me a nice place to live. I want to make changes which are sustainable and benefit the planet, vegetarianism isn’t sustainable for me. So a viable, healthy and sometimes cost effective change is to eat more game.

If you want to learn how to process game yourself, why not join Charlie for one of his courses.

I understand some points stated here may be provocative. Please, respectfully, leave your thoughts in the comments below or contact me via instagram/twitter/email. Thanks for reading.

View all posts by Charlie Brunskill